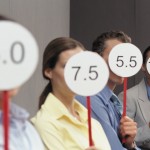 I was drinking a grande latte the other day in Starbucks while reading one of my orthodontic research journals.  I came across an article that I thought might interest you.  It was a study done at the University of Michigan to evaluate the attitudes of how the public judges people with uncorrected orthodontic problems.  Whether we think it is fair or not, the public makes a variety of assumptions.  They rated photos of adults with malocclusions to be not only less attractive, but less intelligent, less conscientious and less approachable.  The 889 respondents also stated that they would be less likely to interact with them in both personal and professional settings.

At Coolsmiles we know that the treatment we render has a significant effect on self esteem and attractiveness, but we had no idea that it had this type of long term significant impact.  Is it fair?  Not in my opinion, but apparently it is reality.  What’s your opinion?